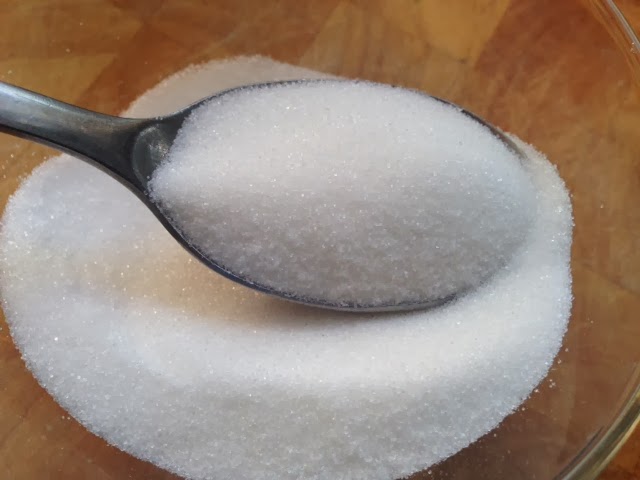 Your child is begging for a jelly baby. Well, a 215gr bag of these monsters has 32 teaspoons of sugar in them. Lucazade Sports Orange 750ml bottle has five teaspoons of this empty calorific food in it.

I read a very good article online about the effective steps taken made by The Food Standards Agency to reduce our salt intake by fifteen percent over the last few years. It has meant a significant reduction in strokes and heart attacks.

Unfortunately, the same cannot be said of our sugar intake. The FSA no longer has the responsibility of urging manufacturers and supermarkets to reduce the sugar levels in their food. It’s now in the hands of a government department. Nuts.

It’s estimated that if we don’t class this as an urgent undertaking, we will be spending fifty billion pounds a year on the consequences of suffering from diabetes or obesity. That’s about half of the NHS budget. Think on before you indulge.

Read the labels and if something has more than 5gr of sugar per hundred, don’t go there. STEP AWAY FROM THE SUGAR.