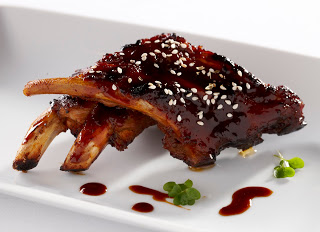 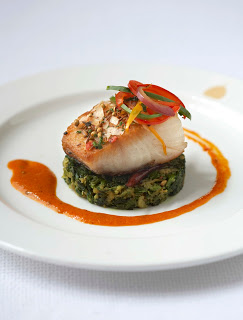 Put together a heady aroma of spices, spankingly fresh seafood, three of the most charming chefs you’ll ever come across and a bunch of excited students; you could only be in The Cinnamon Kitchen.
Most famous chefs have an ego the size of Brazil, or so I mistakenly thought before attending the seafood master class at The Cinnamon Kitchen in Devonshire Square.
This wonderful restaurant offers modern Indian cuisine in a spacious and relaxed setting in London. The students on this Saturday morning were fortunate enough to be under the tutelage of three greats – CEO and executive chef Vivek Singh, head chef Abdul Yaseen and chef Rakesh Ravindran.
Our aprons and menus were given to us during a light breakfast. Bengali style lobster, Tandoori king prawns, halibut in banana leaf, a spicy mussel soup and a twice marinated salmon were just some of the tantalising dishes we were about to tackle and everyone was raring to go.
Throughout the morning and apart from the three wise men teaching us the important techniques and rules of seafood cookery, they were the epitome of charm and were only too glad to impart their knowledge and answer all the questions with which we bombarded them.
Having spent a lively morning learning all sorts of new skills, including making fresh naan bread, using a tandoori oven and handling fantastically fresh seafood, we were then treated to a glass of cinnamon prosecco before we sat down to eat the grand fare that we had cooked. Lunch was served with wine flowing and the class ran over by a couple of hours.
To put the icing on the cake, we were also given the stunningly shot seafood cookery book penned by Vivek Singh to take away with us.
Whether you’re a beginner or a talented cook, you’ll come away with a tremendous sense of achievement and a desperate urge to show off what you’ve learned. Bravo to them. 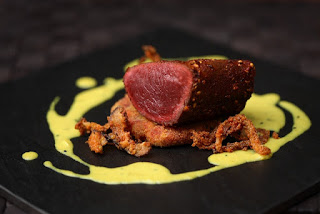