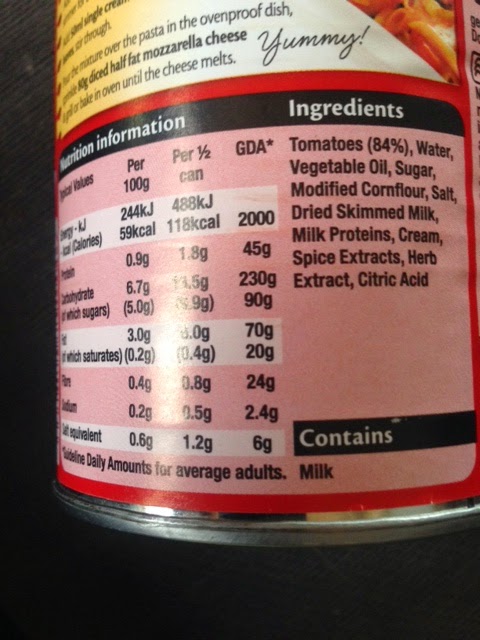 I’m in rant mode. Having started to research the up coming teaching sessions on eating well on a budget, I was surprised to note that the label on the back of a Heinz tomato soup tin stated that the GDA (guideline daily amounts) of sugar was a wapping 90gr.

Are you serious? well, it turns out that the whole sugar scenario is, at best blurred and at worst, down right insidious.

I rang Heinz and was told that The Food and Drinks Federation, an organisation that represents the largest food manufacturers in the UK, upheld this ‘guideline’.

Apart from the fact that manufacturers are not obliged to break down the GDA by naturally occurring sugars versus processed sugars is a disgrace. If I urge people to look at the nutritional information on the labels, what sort of message does that give?

For those of you who are not aware, a tsp of sugar is approximately just under 5gr. The NHS, by the way, states that a female adult should not exceed 50gr of sugar, nearly half the amount printed on all of Heinz labels.

It also appears there is no clear, unequivocal, recommended daily allowance on sugar intake. The Food Standards agency were successful in reducing salt levels in our food. Oh I forgot, the job of reducing sugar in our diet was taken away from them and is now in the hands of a government department. Go figure. Watch this space for further ranting.