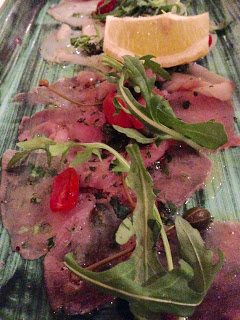 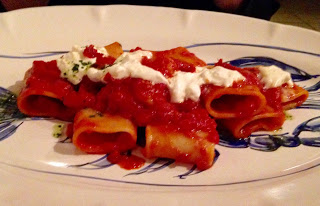 To my absolute delight, I was treated to dinner at my favourite Italian restaurant in London, Il Cibo Holland Park, last Saturday night.

I know, I’ve already devoted two blogs to Il Cibo but not having been back for two years (shocking) , I wondered whether it would be as delightful an experience as it had been on the previous occasions.

In addition, having so little time to myself, all I want on a free evening is to be served in charming surroundings and be looked after by the likes of manageress/owner Mary, who never fails to deliver outstanding service.
I’d noticed at the entrance a hoard of awards and an entry in the Michelin guide proudly displayed on a window which made me smile and do an internal clap. Such recognition doesn’t come easily and in our trade, you have to be ‘on it’ a hundred percent of the time.
A brief chat over a complimentary Prosecco had her lamenting Brexit; no Italians want to come to England to work in this trade. The pound is weak and the rents are through the roof. They’d rather go to Germany and get a hell of a lot more for their buck.

As the place filled up, pretty damned quickly as it happens, Mary just got stuck in. Short of waiting staff, what else to do but roll her sleeves up and deliver plates of food like a whirling Dervish.

Speaking of which, my glorious starter of raw tuna and swordfish was a triumph of flavours and texture. Soft, delicate flesh adorned with lemon and capers, I could have eaten it three times over. My dining companion chose very wisely indeed; the vitello tonnato, the softest veal draped with a tuna sauce that was quite delectable.

The wine, a really fine Greco di Tufo (by Pietracupa) and fondly remembered as my first introduction to this wine so many years back, is now pretty ubiquitous, but it’s streets ahead of any supermarket offering.

For those of you who are unfamiliar with ‘N’duja’, it’s a spicy, soft salami that just lifts a sauce to soaring heights and it’s so full of gusto that a little goes a long, long way. The paccheri was served with N’duja and melted Mozzarella, another delightful dish, whilst the devoted carnivore in me devoured the rare rack of lamb; simple, unspoiled and a meaty pleasure.

A little plate of sweet treats later and another irresistible bottle of Greco I left, tipsy, heady with delight, belly full and ashamed that I could have left it so long. A truly sensational night to remind me exactly how it’s done. Fanbloodytastic.