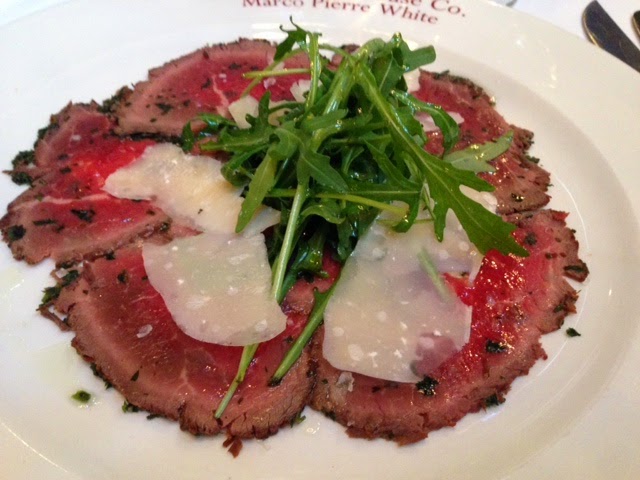 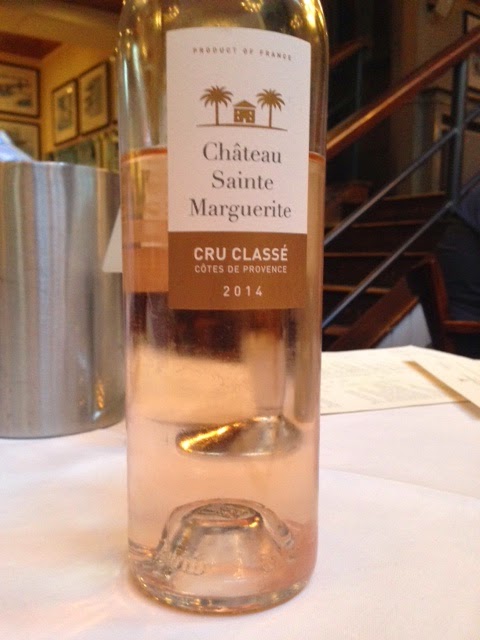 A pale beauty from Provence 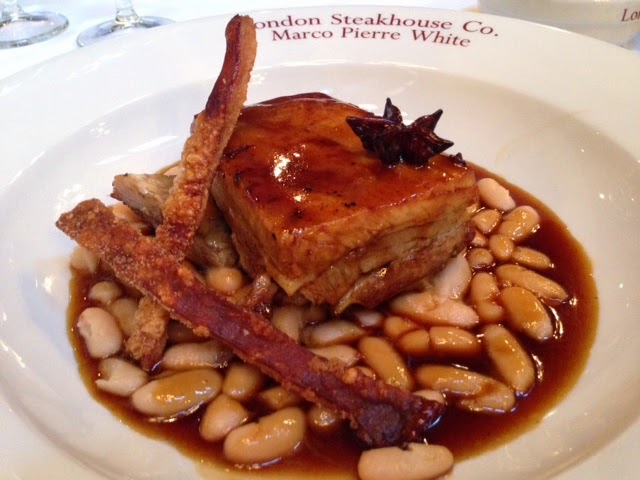 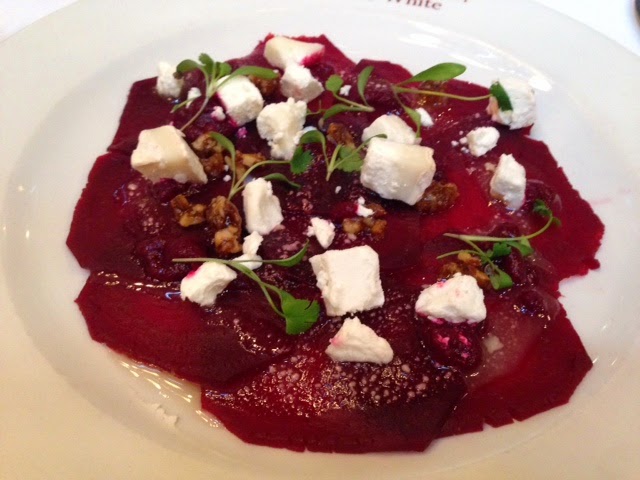 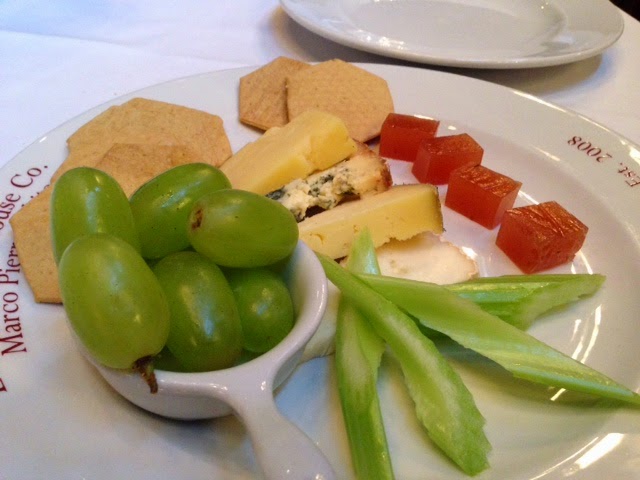 A most lack lustre cheese board

You know the poem, don’t you? The girl with the curl – ‘when she was good, she was very good indeed, but when she was bad she was horrid’.
The day after I had dined at the above steakhouse I received two emails from the company – one thanking me for choosing to dine there and the other asking for a review.
The word slick comes to mind with this operation, a stone’s throw away from Spitalfield’s market and a few minutes walk from Liverpool Street.
A large and elegant interior, I couldn’t quite work out the vibe here. I’m guessing it’s a haunt for the city boys in the week, but the audience on a Saturday lunch was an eclectic bunch, perhaps drawn to the place by a famous name, but no question that it was rammed to the rafters.
Having to wait at the bar for a couple of minutes as we were early, I thought it only right to  start by ordering a pale rose from Provence, a simply delightful Chateau Sainte Margerite, a wine that ‘retains its delicacy and makes a true friend for lunch.’
The menu, reassuringly small and well, safe I would say, had me heading straight for the carpaccio – after all, the emphasis is on the quality of the beef here. My pal who loves the combination of beetroot and goat’s cheese was delighted that it was on the menu and then I thought I’d give the pork belly a go, another firm favourite of mine. A beef bourgignon was the other main ordered, along with some green beans.
The carpaccio arrived, paper thin and utterly gorgeous. The beetroot salad, however, was not to my friend’s taste at all. It had a thin, sweet, oily sauce on the beets with caramelised walnuts and the goat’s cheese just didn’t do it for her. It had a rind on it and looked like a crotin, (toasted it’s heaven)  rather than the creamy goat’s cheese I would use for a salad like this. I also found the beets too thin – they had been sliced on a mandolin and were rather mean portion wise.
Happily the Bourgignon, served as a whole piece of meat rather than the traditional stew, was completely divine. The shiny sauce with a wonderful depth of flavour was utterly sublime – the best I’ve ever tasted. Just take a look at the picture on their website – mine could not possibly have done it justice.
My pork arrived, sitting handsomely on a bed of cannellini beans, crossed with two sticks of crackling. It was soft, meltingly tender and a pure joy to eat.
Having sampled some very fine Malbec of late, I ordered a bottle of the Tomero and have to say was very disappointed at how harsh it was. Another ‘beef’ I have – and this really irritates the hell out of me – waiters coming up and filling your wine glass as soon as you take a sip. It’s bloody irritating and a practice that I hate.
The worst feature of the meal, however, was the cheese plate. At nine pounds fifty a pop, I expect something special. The portions were tiny and frankly I found the cheese dull and uninspiring. I liked the little cubes of quince and the celery was beautifully crisp but I can’t get over the choice and size of the offering.
The meal came to a wapping £160 and for that I expect everything to be pretty damned perfect. Another thing that both myself and my dining companion felt – MPW’s is a slick , well oiled machine that I am utterly sure must be very successful – it’s just not our kind of joint.