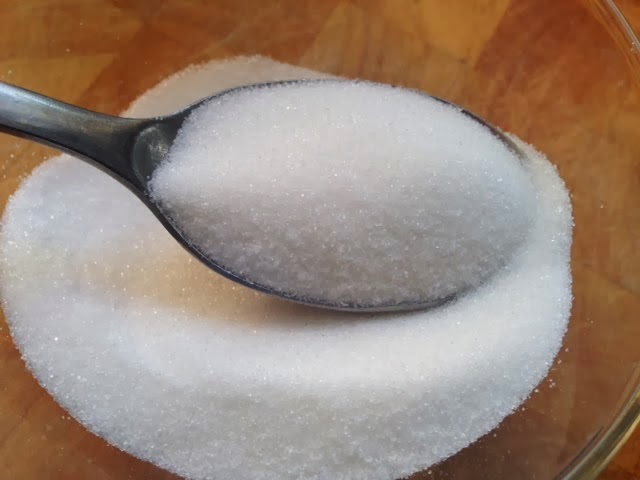 The more I delve into the murky world of sugar, the more I come to the conclusion that all the evidence points to sugar being the biggest contributor to the rise in obesity (not to mention rotten teeth) in this fat nation of ours.

One in five children in the UK are obese – that’s an obscene figure,one which fills most health experts with dread. So it should do. It should scare the shit out of everyone.

Being involved in teaching people to eat healthily on a budget has taught me a lot about breaking bad habits and the one people find hardest to kick is sugar.

Let’s get rid of a big misconception. Fats do NOT make you fat. Fats found in nature, both saturated and unsaturated (polyunsaturates and monounsaturates) are healthy, eaten in their NATURAL state and in MODERATION.

Processed sugar is full of empty calories and has nothing else to put on the table nutritionally speaking.

Let’s also dismiss another myth – butter is bad for you. Stuff and nonsense. Butter is full of nutrients and the shorter fats that are easier to digest and burn as fuel. Unlike many oils, it doesn’t change its molecular structure when heated either.

Fats play such an important role in many of the functions in our body and so eating a low fat diet is a nonsense. Processed LOW FAT food is the enemy of a healthy diet – it’s man made and often laden with salt and sugar. The marketing bods who create the myth that low fat is healthy are clever gits who should be put in jail.

Look at many of the every day foods that are spectacular sugar fests – 67gr grams of sugar in a large McDonalds chocolate milkshake. Parents ought to put their children in front of them and show them what 14 teaspoons looks like – and let’s not forget those ‘healthy’ granolas which posh folk buy. Per serving they have about 4 tsp sugar in them. Bonkers.
So my question to the present government is this? Why, when the FSA (Food Standards Agency) successfully reduced the salt levels in food by collaborating with the supermarket giants and manufacturers to introduce small reductions in salt over a period of years and thereby reduce heart attacks and strokes by fifteen percent, have they taken away the responsibility of reducing sugar levels from this splendid organisation?

I wrote a letter to Heinz asking them how their DGA (Daily Guideline Allowance) of sugar sat at 70gr per adult whilst the NHS are desperate to reduce it from 70gr to 50gr? I got a lame response. It makes my blood boil. How can I teach people to look at the labels carefully and follow the DGA when Heinz are stating that eating 70gr is perfectly acceptable?

I don’t know what the answer is and I’m as cynical as hell about the future. I do know that the NHS will not be able to carry the burden of diabetes and obesity if it carries on accelerating at the rate it’s going. Now that is depressing.