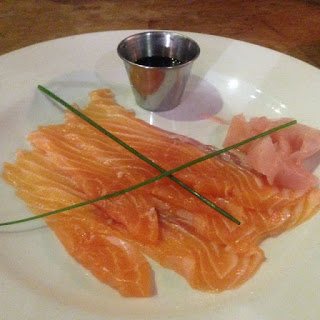 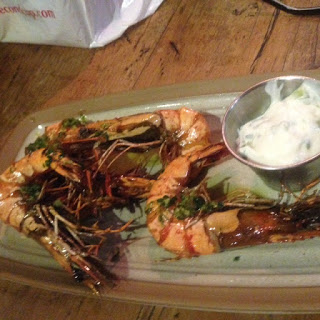 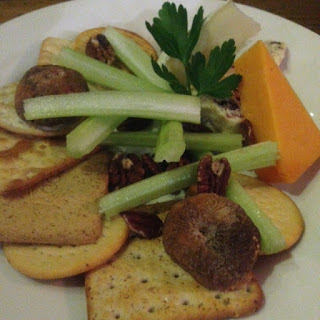 Lush Loire Valley Libation in Sancerre
A hankering for oysters, my favourite way to start a meal, had me heading to Portobello Gold, a very laid back, cool place which also happens be home to a greyhound, wandering around happily being petted by the customers.
Looking at the menu heartened me immediately. Short and full of food that I love, including small plates which meant I was looking to order no less than 4 fish and seafood based dishes, whilst my companion chose the oysters and a plate of cheese.
Sipping a glass of rather good Sancerre, (£35) I couldn’t help noticing how pleasant the atmosphere was. The young girls waiting on us were all smiles (not a fake one amongst them) and they seemed to radiate an immense fondness for where they worked.
Half a dozen oysters arrived, (£12) together with that faint whiff of the sea. They sat proudly glistening in their shells and were gobbled up in seconds. Were my pocket book to allow it, I could easily have wolfed down eighteen of these beauties. A jolly good start was then followed by my plate of raw salmon, (£7.50) consisting of four, very generous, thinly sliced pieces accompanied by a fierce wasabi, tart pickled ginger and a teriyaki sauce. Again, spankingly fresh and almost perfect – it’s a personal thing but I would have preferred soy sauce. Next to arrive were the chilli and garlic king prawns, (£7.50) served with a herby sour cream. Plump, juicy and with just the right amount of heat and garlic. It’s a total pleasure to eat food like this. It’s not interfered with in any way; what stands out is the freshness and quality of the ingredients,  not smothered by unnecessary flavours that just take over the dish. The final dish plate did nothing to diminish my happy taste buds. The moules (£10) were plump, the sauce a creamy heaven and the dunking bread a delight.
Settling for a second bottle of wine, the Reisling (£28) was not as good as the Sancerre but still had that dry attack that I love so much. My pal wasn’t as keen but I’ve always been a fan of Alsace wines.
If I had to have a gripe, it was the cheese and the biscuits that were served rather sloppily and the plate was just a very dull choice of both. It took me by surprise as everything else had been so damned good. I pointed this out to the waitress and she had no hesitation in taking it off the bill.
It’s not very often that I take my hat off to a restaurant these days. The London eating scene is outrageously expensive, (yes I know the overheads are enormous) the wines are ludicrously over priced and the food just not up to scratch. Not so here in this lovely little eatery that also has a cosy bar by the way. Treat yourself to an evening of excellent dining with great service and a lot of very contented customers. Chapeaux bas.
95-97 Portobello Road
London
W11 2QB
0207 460 4910/13