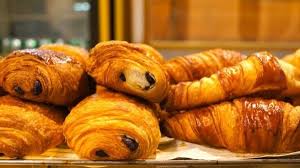 I spent a year in Bordeaux as a student and several months in Paris after I graduated. In my humble opinion there is no nation that rivals France for cuisine. Some of their farming methods are dubious if not cruel of course, but I still maintain that we are light years away on so many levels.

It’s the culture, the conviviality of eating together, the smell of a baguette or a croissant, the ‘grand’ cafe, Provence rose wines, Le chatelain Camembert, the sauces, the food markets, the bouillabaisse, the whole gorgeous gamut of food and drink that makes visiting France the ultimate pleasure for people who are serious about food and wine.
I don’t care how many times I read that London is a culinary powerhouse (what a load of old hooey), if you don’t bank with Couts in order to step into Michelin land, then I’m afraid the vast majority of restaurants produce mediocre food, sloppy wine lists, overpriced dishes that completely underwhelm me.
In addition, what really irks me are the small but significant bad and lazy practices that would have the French (not to mention Italians and Spanish) running for the hills whilst muttering ‘quel horreur’ under their breaths.
Ice Cubes in Wine
I was in a chain restaurant (I had no choice, believe me) and the waitress delivered a tepid bottle of rose wine. She apologised and offered to bring ice cubes to the table. Are you serious? The French would have a heart attack. If your white or Rose is not chilled, don’t serve it, it’s really that simple.
Cotton Wool for Bread
Is there any excuse for cheap, nasty bread to be delivered to your table, whether you’re paying for it or not?? Absolutely none. I can’t imagine a French person gagging on filth like this. Far from being something on the side, in France bread is the centerpiece of the table, not something thrown in as an afterthought.
Commercial Salad Dressing
What is that all about? How can anyone serve synthetic, vile tasting gloop to any customer? If you can’t be bothered to take five minutes to make a decent dressing, serve some olive oil and balsamic on the table you low life cheapskate.
Over Cooked Meat
This is, of course, much more personal. Everyone should be allowed to choose how to eat their meat, but I just don’t get it. It’s not a heinous crime as such, it’s more of a misdemeanour I suppose. By far the worse crimes in France are duck, beef and lamb that are not distinctly pink. I was once with a companion in Paris who requested her duck well done. The exasperated waitress, vigourously shook her head, her long red hair moved in ripples and waves across her face and body with a look of sheer horror in her eyes, “Madame! You can’t possibly have your duck well done! It must be Pink! Pink! Pink! We had it pink.
Eating in the Streets
A cultural thing I suppose. It France every meal is an event, people eat together with family and friends. They sashay on the streets, in all their chicness, they never, God forbid, scoff food on public highways. Takeways and burgers are becoming more popular but no French person would ever admit eating one.
Pouring a Vat of Wine
The ghastly habit of waiters filling your wine glass to the top is a sin enough, but to then, hover by your table and as soon as you take a sip, replenish it should be a capital offence. They’d be sacked in France for being so bloody invasive.