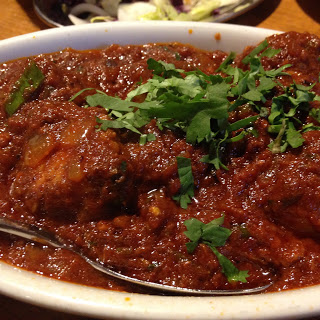 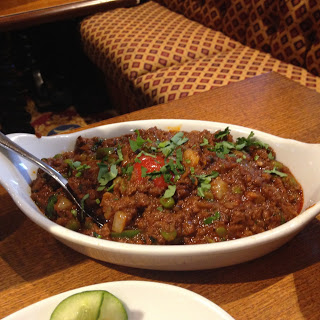 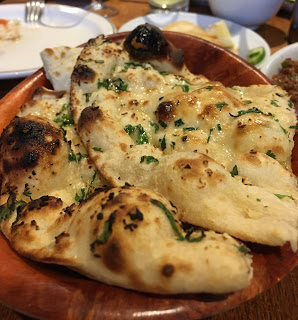 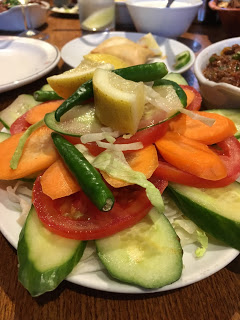 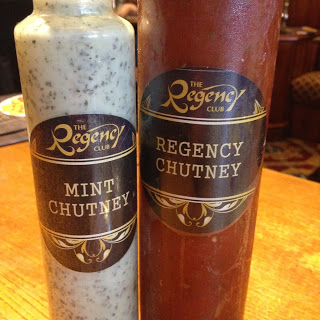 There isn’t much going on in the Kingsbury/Queensbury food scene that I find appealing, but I had heard that The Regency Club was worth a visit.

I’m fairly wary of Indian restaurants as my brother-in-law’s family is Anglo-Indian and his mum makes a banging curry and has taught me over the years how to cook authentic Indian fare.

Anyway, a rare weekend off from feeding people meant I could indulge in being cooked for, my very favourite activity when I get the time. I’d also read on their website that the club had been going for over twenty years (it was originally a members only club) and so that swung me.

Having booked for an early lunch at twelve on Sunday, the first thing I noticed was the impressive ratio of staff to customers. Several people were already in the restaurant when my pal and I had arrived at ten past midday, many of whom were of Asian origin, a comforting and optimistic scenario.

I noticed that the couple opposite both had  handsome looking burgers and chips and so I asked them their opinion. One had the lamb burger and his companion the veggie option. Both were unanimous in their praise. The peri chips looked terribly inviting to boot.

Before I tell you about the food, it is worth pointing out that if you’re a sports fan, The Regency boasts 8 flat screen HD tvs and 3 HD projector screens.

Now I’ve had a lot of samosas in my time and I can assure you, these were just divine. Biting through the crispy pastry into a wonderfully spiced chicken filling was such a pleasure, a sentiment echoed entirely by my pal.

Both mains were warming, full of wonderful flavours and a joy to consume. All the accompaniments worked well and I particularly like the addition of the complimentary mint and the ‘regency’ chutneys on every table. If I had a tiny gripe, I found both main dishes to contain just a little too much fat.

The portions were generous, the staff were professional and the service impressively quick. Having had the most disastrous meal for nearly double the price the day before, it made the whole experience even sweeter.

I’ve signed up to the loyalty scheme which I look forward to hearing about in due course as I’ll be back in a heart beat. They know their onions at The Regency, that’s for sure.